This is the first make up "look" I've blogged about and I'm more than a little nervous if I'm honest. I had to rush it in the end and couldn't find some of the products I'd have liked to have used but I think I have blogged about most of them if not all before.
Anyway it's inspired by Jessie J (if you don't know who she is, definitely check out her music...)

Here is a photo of her taken from last night's Brit Awards. Personally I love her style and her sort of vampish look. 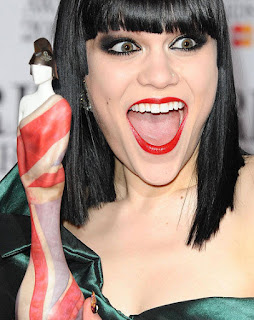 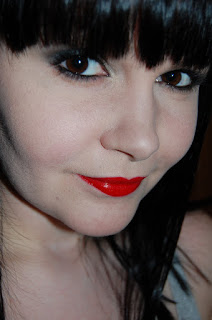 Scary "before" shot, ugh.
And the "afters" 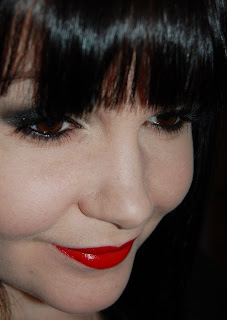 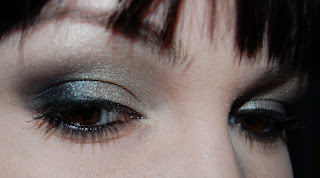 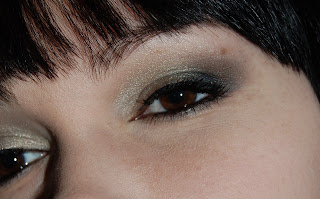 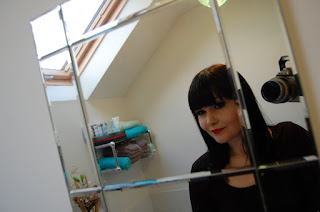 Products used - in this order (though I would leave foundation until after the eyes if doing again)
- Boots No.7 Lift and Luminate Foundation in Alabaster
- MAC Brule Eyeshadow over eyelid
- MAC Carbon Eyeshadow on the outer corners of eyelid and some along the lower lash line with a little through the brows
- MAC Dalliance eyeshadow on the inner corners of eyelids and highlighting
- MAC Blot Powder
- Avon Superschock Gel Eyeliner in Black
- Boujois Volume Clubbing Mascara in Black
- Models Own Scarlett Red Lipstick

Phew, so there we have it. I hope you like it? Be gentle with me. Eeeeeek. If I'd had more time I may have added some false lashes and contoured my cheeckbones a little.

Did you see the Brits? Anyone you thought looked particularly fab?