Greetings lovelies! I thought I'd pop by and share my excitement at two new nail polishes purchases from yesterday. I hadn't bought a new nail polish for what seemed like ages. I was having a quick browse in my local Superdrug yesterday and found they had a "display" on GOSH products which were reduced. I say display as it wasn't pretty, it had the jumble sale vibe going on but there's nowt wrong with that.

Nail varnish wise, they had a nice pink and the green glitter and some clear ones too. I was torn on what all to buy as I tend to get a bit sucked in by bargains. In the end I picked the two nail polishes below which were reduced from £4.99 to £2 each which given the quality of GOSH varnishes I've had in the past - I was impressed with. 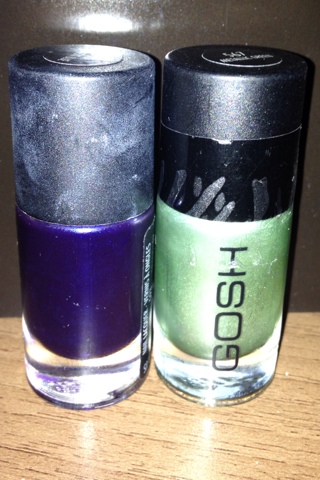 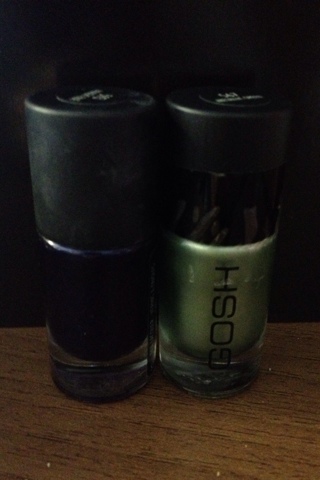 So there you have it. The "display" looks quite professional on a branded front (not so much on the tidy sense) so presumably it's not something confined to my Superdrug. If you're a fan of GOSH it's definitely worth a look to see what bargains you can pick up.
PS Keep your eyes peeled for a NOTD using the 567 Metallic Green :)
LoubouLush x
Posted by LoubouLush at 11:54 1 comment: