I have to say I'm a bit scared of foundation. I like the finish when it's good but I've seen too many horrible foundations which make me a bit nervous of them. What foundations do I like? Well I am a fan of Estee Lauder Double Wear for good coverage and staying power but I'm not convinced I have found my shade yet (pesky in store lights) and it doesn't come cheap. I like some of the Boots No 7 for something a bit more affordable and my trusty Virgin Vie One Step Face Base is handy when I've got rid of any dry patches. Overall though, like most make up wearing women I'm always on the look out for something... more. 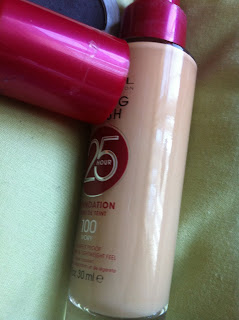 Good drugstore foundations are notoriously difficult to get hold of with there being no advice on colour match and no real chance to try the products out so I wasn't convinced this Rimmel foundation would be a keeper. Given it was reduced from an RRP of £6.99 to £4.99 I thought I had nothing to lose - well aside from £4.99 obviously.

First things first, the colour choice is poor. 6 shades in all. Very poor. As a paley I went for Ivory and although I often mix my white Illamasqua foundation with my Estee Lauder foundation to tone it down I've been using this one as is. It is a leetle bit orange but nowhere near as bad as I expected. It applies nicely - quite like EL Doublewear but it comes with a pump which I'm hoping means less waste. It also dries in pretty quickly though I'd say you have a bit more of a chance to run it over the face than I do with the EL Doublewear before it sets. It sets fairly matte for me and this is a good thing for my combination skin. The coverage is good for me - not too heavy but enough to give me a smoother base and even out my skin tone. As it dries so quickly I'd imagine it could be built up for a better coverage. It describes itself as "25 hour" (yes who needs 25 hour foundation blah, blah) and as "non transferable" and from what I've seen it actually does what it says on the tin. Bottle. Which is no mean feat especially at this price point! 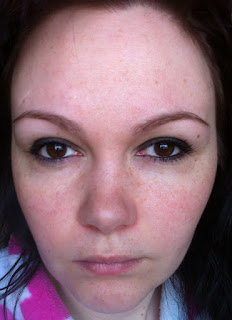 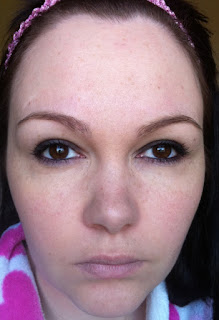 Overall I am super impressed with this - the application, the finish, the longevity on my combo skin, the PRICE, the packaging doesn't look too cheap either and the pump is handy. The only thing letting it down is the choice of shade which isn't a huge problem for me personally but I know there are lots of people out there who won't be able to use the shades available which is a shame - hopefully Rimmel will add more to the range soon.

This is definitely going to be my new every day foundation, especially coming into the summer when I need something with a bit of staying power and don't fancy using something more expensive day in, day out.

So any of you tried this or tempted to? I definitely recommend it and I'd love to hear your thoughts on it :)